Speaking With Your Loved One About Giving Up Driving

It’s not uncommon to worry about an older loved one’s driving skills. Driving requires physical and mental health, both of which can diminish with age.

Broaching the topic of giving up driving can be difficult. But it’s an important conversation to have, not least because fatal and serious road accidents involving drivers aged 65 and over are on the rise across Australia.

While some older people may be able to recognise themselves when it’s time to hand over the keys, for others, it might take prompting (even more than once) from a family member or caregiver before they willingly give up driving for good.

How to talk with a senior about giving up driving

For many people, retiring from driving can mean giving up a part of their independence. Being able to drive oneself around means you can leave the house whenever and go wherever you want. Without access to a car, people can feel isolated and disconnected from the outside world.

As well as this, people can feel that driving is a part of their identity. They may see themselves as a good driver (particularly if they’ve not had an accident), and it can be difficult to let go of this.

Understanding this will help you to approach the driving conversation with compassion and sympathy.

Start the conversation early on

Ideally, you’ll start the conversation about retiring from driving early on. Rather than waiting until you notice a significant change – or worse after a serious accident has occurred – try and introduce the subject as a hypothetical situation. Pose scenario-based questions by asking something like, “What would happen if you didn’t feel as comfortable driving anymore?” or, “What would happen if I noticed your driving changed? How would you like me to bring it up with you?”. This way, when the time comes, you’ve already had this conversation with them and it feels less like an intervention.

Understand their point of view Before you demand they hand over the keys, start by asking your loved one how they feel about their driving skills and capabilities. They might be defensive at first, or unwilling to admit that they’re no longer as sharp as they used to be. But this may prompt them to reflect on their ability to drive.

You could also gently note any observations you’ve made, such as “I notice you’re not as comfortable driving to certain places” or “It seems like you’re avoiding parking in difficult spots.”

Take the time to listen before jumping in with solutions. You may need to have this conversation a few times before bringing up the idea of retiring from driving as an option. Unless you have real concerns about them getting behind the wheel, allowing some time can help your loved one come to a decision on their own.

It’s also important that you acknowledge the real worries that your loved one might have about giving up their licence.

Driving offers freedom and independence. Giving this up can mean relying on other people to get around. This might mean seeing their friends less often or not being able to carry out the activities they do.

If appropriate, suggest some alternatives to driving that will still allow them to get around. This might mean getting a taxi or rideshare service, looking into local community transport programs, switching to a mobility scooter, or having groceries delivered.

You could also suggest that they scale back their driving, to begin with. For example, avoiding driving at night time or in low light conditions, only driving short distances or not driving by themselves.

Giving up driving has other practical considerations – for example, you often need a photo ID to get money out at the bank, access hotels or service clubs, or just to prove your current information. Photo ID cards (sometimes called Proof of Age cards) are a good alternative – these can be obtained from the relevant state and territory authority.

Point out the benefits of going car-free While giving up driving can feel like a huge loss, there are some positive benefits to getting rid of the car.

First, there’s no longer the ongoing costs of car registration, insurance, vehicle maintenance and fuel. Even when the additional costs of taxis and public transport is considered, it’s likely to be better for their budget.

Plus, there are health benefits that come with walking more often, even if it’s just a short trip to the shops or the bus stop.

If your parent has a sentimental attachment to their car, see if there’s a younger driver in the family looking to buy their first car. Your parent might be persuaded to let it go knowing that it’s going to someone who’ll really appreciate it.

If you’re finding your loved one getting defensive when talking about their driving, it may be appropriate to involve their health care team. Sometimes, older people feel more comfortable taking advice from a medical professional than they do from a family member because there’s less emotion involved.

Note also that if a person has been diagnosed with diabetes or a condition that may impact their driving, this should be discussed as part of their health care plan.

Be aware of the regulations in your state or territory

Different states and territories in Australia have different rules about older people and driving. From the age of 75, drivers may need to undergo an annual examination with their doctor to assess their ability to drive. Some states also require drivers to pass a licence test, with or without the recommendation of a doctor. Other states and territories require older drivers to self-assess and report any medical changes that could affect their driving.

If you’ve tried these approaches and feel like your parent isn’t taking your concerns seriously or there is an immediate need for them to stop driving, you can make a confidential report to your start or territory roads authority. Search for “report unsafe driving [state]”.

This should certainly be considered as a last resort but if it keeps your loved one and other road users safe, then it’s worth it.

The service from MobilityHQ was first class, my wheelchair was ordered and delivered fully assembled faster than I can get an envelope delivered! 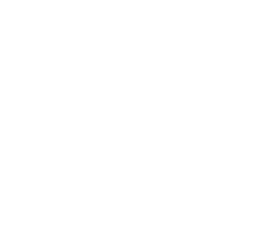